And then there’s the change that never happens. 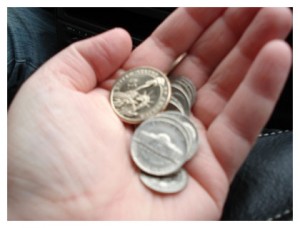 The change we embrace — or at least claim to — can be found in the current presidential race. Its as if Carville’s sign was hung on the door of every campaign headquarters — both Republican and Democrat — to read “It’s the Change stupid!”

According to a recently released AP-Yahoo survey, people actually believe (or say they believe) that a president can change things:

Make gas prices go up and down? That’s executive privelege!

Maybe that is why the candidates are flocking to the change mantra. According to a review of presidential candidate advertising by the University of Wisconsin Advertising Project:

Obama and Romney were the candidates of “change,” repeating that mantra in one-third of their ads, while Clinton, slow to embrace the term in her messaging, still managed to use it in more than one-quarter of her TV spots.

In my experience, people don’t like change. And even when they recognize the need for change they have a helluva time trying to get themselves to do it.

The next time you go to the bookstore check out the “self help” section. Self help is code for “I (think) I need to change but can’t.” 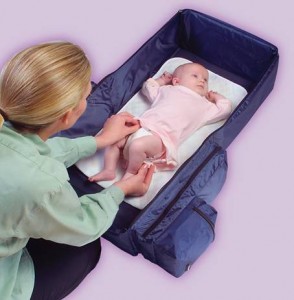 Or read the latest books on sales and marketing. Getting folks to “change” (read: buy) is big business. In fact, there are entire business sectors making billions of dollars just to help people and businesses do what everyone now seems to say they do — change.

Change is exciting. But it isn’t easy. And in my experience it typically translates into — “let’s change … you first.”

Or in the words of Mark Twain: “The only person who likes change is a baby with a wet diaper.”

I think Twain was right. People are sometimes like babies with wet diapers. We want someone to be our mother and change us.

We will have a new president in 2008 and with that will certainly be some change. What we do with it is another matter.