Happy New Year 2010 from the JuiceBar.

The close of the year is a season that defines the phrase … “well it is that time of year again!”  There’s the travel.  The dinners.  The family.  The gifts.  The visits.  The cards.  The calls.

But most of all, the changing of the calendars is one of resolutions and predictions.

Resolutions and predictions.  They define the word Sisyphean. 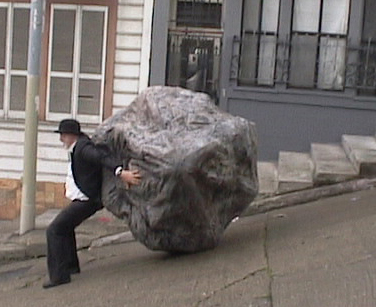 How many people have actually kept one or more New Year’s resolutions?

What?  You say you have?  Well God bless you.  You are the needle in the haystack, the exception that proves the rule, the lightening that struck twice.

Do us all a favor, won’t you?  How about commenting on this blog and providing some guidance on how that is actually done.  It will give you a chance to help someone.  And it will give all of us resolution weaklings a person to loath besides ourselves.

But enough about resolutions.  How about those predictions?

I’m always amazed at people’s predictions.  We laugh at Madame Soleil but invariably engage in the exact same kind of mindless speculation as the late astrologist and psychic.

And how many predictions have actually come true?  Based on my experience not many.  I confess to having succumbed to the Sirens of prediction in the past.  I spent mindless hours predicting all sorts of stuff.  Predicting is very seductive.  Who wouldn’t be attracted by the pull of being the secular prophet warning the huddled masses of the great works that God has in store for them?

How strong is the prediction impulse?  Well whenever I want to figure out the answer to questions like that I do what millions of other people do.    I “Google” it.

Google “predictions 2010” and among the 8 million entries is the British newspaper The Telegraph predicting the rise of 3D television.  That doesn’t bode well for our house which still lacks a flat panel display, a DVR and Blue Ray.  There’s a ton of predictions by the media about the media.  Newsweek predicts that someone will die on a reality TV program.  I thought that actually had already happened but clearly I’m not current.  Then there were the predictions of Folio’s experts which included one from Paul Armstrong that “overall, the media will still continue to die, shrivel, morph, whatever—it no longer matters.”  I look closer and see that Armstrong’s Twitter handle is @themediaisdying.  Always good to predict something that you’ve already declared is happening.  The ReadWriteWeb predicts “the death of the login”.  I hope that includes the death of usernames and passwords.  Mark Drapeau predicts in O’Reilly Radar of something he calls “ubiquitous crude video content.”  I thought we already had that.  It is called “porn.”  And there were predictions about the economy.  According to the National Inflation Association a “huge crash in the U.S. dollar could occur at any time”.

The Wall Street Journal’s predictions bordered on the religious when, in its tenth prediction (why are there always ten?) it boldly declares “the world will not end.”  Speaking of , even the Catholic Church got in the 2010 prediction business.  You’d think that they’d have enough on their hands in managing the book of Revelation.

So much time thinking about so many things that we have very little control over.

We should spend as much time trying to figure out where WE are NOW as we spend on where OTHER people WILL BE in the future.  As Shakespear wrote (I think) “the only thing harder than diamonds is to know thyself.”  If we spent more time taking an honest inventory of where we are we’d be alot more equipped to know what things we need to do to get us where we want to be.

Reminds me of the great line …

Know how to make God laugh?

Tell him your plans.

Or tell him your predictions.