Human silliness and $2.50 a gallon gasoline 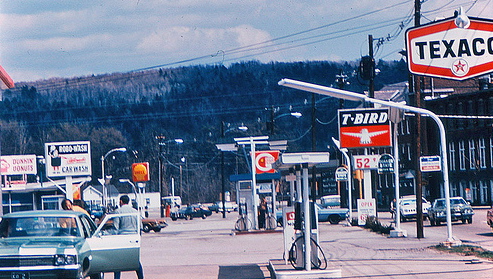 You can learn a lot about people and politics just by looking at the silliness surrounding the price of a gallon of gasoline.

The discussion over the price of gasoline is downright bizarre.  In the strum and drang on the price of filling your tank (car, not stomach!) we see the frail irrationality of the human condition in all its glory. 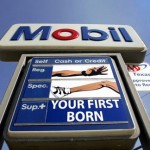 Let’s put the real bizarre stuff – that of conspiracy theories, the secret agenda of the socialist, Muslim Obama presidency, big oil’s manipulation to squeeze the common man until we all end up in “The Hunger Games” – let’s put that to the side for the moment.  (And if you’d like to delve into that read Krugman’s piece in tne NYTimes.)

Let’s focus for a second – just a second! – on the facts.  How much does the price of gas REALLY matter?  How much will a hike in gas prices REALLY mean to the average American?

How about we do the math?

[Note that this OVER estimates the actual impact given that the real numbers are approximately 650 miles per month (Experian) and an average of 22 mpg (TruCar). But the math is easier so let’s stick with 1,000 miles a month and 25 mpg.]

And that is what we’re excised about.  Medicare is broke.  Infrastructure is crumbling.  The cost of college is skyrocketing.  And we’re worried about the possibility of an extra $100 a month.

[Quick side note.  Since the Obama administration took office the Dow is up 60%.  For a lot of people with 401ks that real money.  Or consider that that home mortgage rates are down nearly 50%.  Again real money. And we’re getting apoplectic of $100 a month gasoline.]

Now don’t get me wrong.  There’s a lot of people out there for whom $100 a month is a LOT of money.  They are the type of people that my wife works with.  She’s a social worker.  Many of her clients live off disability or in section 8 housing or supplemental nutritional assistance (food stamps).

For them, a doubling of gas prices really hurts.

Then again, a lot of them don’t have cars.

And for the ones that do, I don’t think they were the ones that Rep. Gingrich was worried about when he launched his $2.50 per gallon campaign.

Fact is, for the VAST majority of Americans, $5 a gallon isn’t much in the scheme of things.

Which is why a lot of politicians make it such a big deal.

Death of a Brand

R.I.P. Pontiac.  It has gone the way of the mullet.  That was part of the problem.  Think of one and you eerily begin to think of the other.

The venerable brand that brought us the GTO, the TransAm, and many iconic V-8 muscle cars is quietly being put to rest.

What happened?  Seems to me that the Pontiac was the case of the non-adaptive brand.  Think Studebaker.  Edsel.  Saturn (one of which I still own!).

Adaptive brands change, morph, reconfigure and adjust to the times.  They broaden their aperture and constantly develop new points of relevance.

A good — should I say ‘classic? — example is Coca-Cola.  A Coke bottle would feel just at home in a Frank deCapra movie as it would Mad Men or Jersey Shore.  It has a palette of personalities, images, and experiences that is so vast it fits in every context, every emotion, every age.  As one of its many taglines put it, “Coke is Life!”

Then there are the brands that adapt in a more sudden even violent manner.  Here are three I remember from my youth.  (BTW, my youth was a very long time ago.)

Mountain Dew.  Back then, Mountain Dew was the hillbilly 7-Up.  It was tank tops, cut off jeans and a tire swing into an Arkansas mill pond on a hot summer day.  It was syrupy with a funny yellow color.  Most of all, it was cheap.

Old Spice. That was my father’s brand.  Ironically (or iconically!) my Dad was a sailor, a Chief Petty Officer, WWII veteran and Pearl Harbor survivor.  He was a mans man.  He went to the barber shop monthly, shunned shaving creme (hot soapy water worked just fine) and was suspicious of cologne (Old Spice was an after shave).

Cadillac.  Our German-Italian neighbor in New Orleans, Mr. Doescher, drove a Cadillac.  Mr. Doescher was a devout Catholic.  He was also the head of a longshoreman’s union with shadowy wealth that combined with strong middle-class, blue collar values.  You could find him every Saturday in his t-shirt and boxers watering his lawn with a garden hose.

That was then.  Now is now.  Today all three of these brands are edgy, hip, young and very, very current.  They are X-games, retro-cool, hip-hop and — in the case of Cadillac — a dash of classic rock and roll.

For Pontiac, something got lost in the transition from the Grand Prix to the Vibe.

It stayed Smokey and the Bandit in a world of Glee and Dexter.