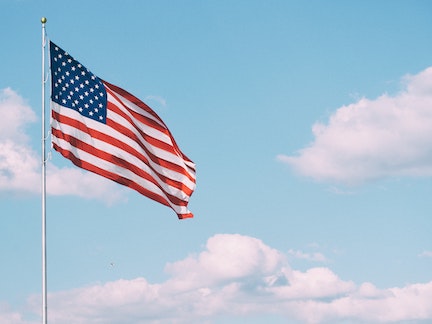 Photo by Aaron Burden on Unsplash

I ran through several titles for this post. This is what I ended up with.

It is not quite as provocative as a bunch of others I thought about.  Like “Jesus would support critical race theory. Or “American exceptionalism is unchristian.” But I figured titles along those lines would unnecessarily antagonize. Lord knows we have enough of all of that.

But here’s the nub of the issue. Critical race theory (CRT), which has been around for decades and never raised much of a fuss, has all of a sudden set conservatives in an uproar. The Heritage Institute claims that “when followed to its logical conclusion, CRT is destructive and rejects the fundamental ideas on which our constitutional republic is based.” Evangelical pastors and their churches have also been set ablaze. In pulpits and bylines across America, they are supporting states’ efforts to ban mention of CRT in public education.  Scholars and theologians from the Southern Baptist Convention claim that CRT is “unbiblical” and inconsistent with Christianity. Others have called it “something of a Christian heresy.”

So what exactly is CRT? If you listen to a lot of conservatives or evangelicals you’d think it is the coming of the anti-Christ – a humanist theology seeking to replace Judeo-Christian values. But that’s simply not true. In one of the most informed and balanced pieces I’ve read on CRT,  Education Week’s associate editor, Steve Sawchuck, describes CRT this way:

Critical race theory is an academic concept that is more than 40 years old. The core idea is that racism is a social construct, and that it is not merely the product of individual bias or prejudice, but also something embedded in legal systems and policies.

That’s it. Racism creeps into legal systems and policies. This is a surprise?

No, CRT is not some Marxist or Satanic plot. CRT is a description, of what is and less of a prescription of what to do about it. CRT merely says that racism goes beyond individuals and eventually becomes systemic. That is because people construct societies, and in the process of constructing those societies people bring with them their individual biases and prejudices. These biases and prejudices infect and shape the institutions and societies people create.

Makes perfect sense to me.

It also strikes me as consistent with what I know of Jesus’ teachings. Let’s start with the concept of sin and racism.

Man’s sinful nature isn’t a new concept. It has been a central theme of Christian theology since – well – since the beginning. St. Paul. Augustine. Martin Luther. Calvin. All saw Jesus as the means to escape an inherently grim human condition. By the time this got to Calvin, he went so far as to describe our condition – that is, the condition of all human beings – as that of “total depravity.”

My interpretation of scripture doesn’t go that far. The total depravity part, that is. But I find the concept of “sin” and “sinner” experientially relevant. That is, I see it (sin) in myself and others. And our recognition and repentance of what constitutes these bad thoughts and behaviors – are central to Jesus’ teaching.  When I was growing up in church, I was encouraged to publicly confess not only that I am a sinner but that my “sin” thing was largely an incurable condition. That while I should seek God’s help and guidance to overcome it, I’m sorta stuck with it. Sin, that is. And I did so because deep inside me I know that was a pretty good description of me and folks around me – even those that I admired. But Jesus provides hope because as Paul wrote, “while we were yet sinners” he sacrificed his life for ours.

So here’s the question: If Christians are ok with standing up and saying “I’m a sinner” why do they freak out when someone asks them to confess “I’m a racist”? Surely racism falls into the “sin” bucket. What makes it so hard for Christians to accept the reality of our own prejudice?

I think beneath the religious panic is political mythology.

Could it be that the real reason for the freak out of CRT is that it punctures the balloon of American exceptionalism? That CRT somehow makes Americans and American history look less like a Marvel Superhero and – well – more “human.” That somehow makes CRT unpatriotic. It doesn’t quite fit into Lee Greenwood’s “God Bless the USA” Bible!

Any (good) student of U.S. history knows that Americans’ self-perceived “exceptionalism” has been part of our story since the colonies. It has been linked to our Puritan or Christian “specialness.” Winthrop had his “City on a Hill.” Jacksonian Democrats and Teddy Roosevelt had John O’Sullivan’s Christian-based Manifest Destiny. Ronald Reagan claimed America as “set aside as a promised land.” America is exceptional. Perhaps by extension, God has a special thing for the U.S.A.

Here’s the problem. I’m not sure Jesus would agree with this either.

Whatever happened to “red, and yellow, black, and white … they are precious in his sight”? It wasn’t just the American children that Jesus loved. As I remember it, it was the “children of the world.” And it’s a big world out there.

Sadly, throughout American history, legitimate pride and patriotism have often fallen prey to nativism, imperialism and … you got it! … a sense of (white) American superiority. Sometimes it was even Christian superiority. Sometimes it was even the superiority of some types of Christianity (Protestantism) over other types of Christianity (Catholics). Go back to your U.S. history books and read about the “No Nothing Party.” Not sure how that aligns with Jesus’ views on the beauty of humility and the ugliness of pride. Humility was high on the “blessed” list in Jesus’ Sermon on the Mount. Last I read in the books of Matthew and Luke, exceptionalism didn’t make the cut.

It reminds me of Jesus’ parable of the Pharisee and the tax collector.  It was the story of two people praying. The Pharisee was in the front of the church and thought pretty highly of himself. His prayer was – literally –  “God, I thank you that I am not like other people.” He went on to say that he was especially thankful that God made him better than the scum tax collector in the back of the room. Sorta sounds a lot like exceptionalism to me. A bit like “I’m thankful God, you made me an American and not one of those awful socialist wussy Dutch, Danish or Swedish types. Jesus wasn’t too happy with the Pharisee. Rather, Jesus sided with the tax collector – the guy in the back of the room who didn’t claim to be better than anyone. He simply asked God “to have mercy upon me, a sinner.”

Finally, let’s put Jesus and Christian theology to the side for a moment, and just talk about American history. Facts. Truth. Stuff that actually happened.

I don’t want to pick on any one state but I find it ironic (that’s the nicest word I can come up with) that one of the biggest opponents of CRT is Senator Cotton from Arkansas. Arkansas is the state where, in 1957, following the landmark ruling of Brown v. Board of Education, the Governor infamously called out the National Guard to maintain segregation of white students from black students in public schools. That policy – the segregation of white and black communities – had been in place in the state of Arkansas and much of the nation for over 60 years or since Reconstruction. It was state law. It was institutionalized racism. Systemic racism. Whatever the label, racism was the rule of law. Add to that the fact that the state of Arkansas was admitted to the Union in 1836 precisely because it was a “slave” state. Its admission as the 25th state was meant to preserve the balance of slave vs. free states in the Union. Look at it this way. Arkansas has been a state for approximately 185 years, and for approximately two-thirds of its history it was either a slave state or a segregationist state.

CRT is a theory. It is not a religion, it is not a government, it is not a way of life. It is just a theory “which dates back to the 1970s, [and] holds that racism is systemic and embedded in policies rather than just perpetuated by bigoted people, creating barriers for people of color in myriad spheres of life.”

Makes sense to me. Critical race theory is not a radical concept. It is historically accurate. And based on my read of the Bible, it is quite in keeping with what Jesus and his disciples taught. 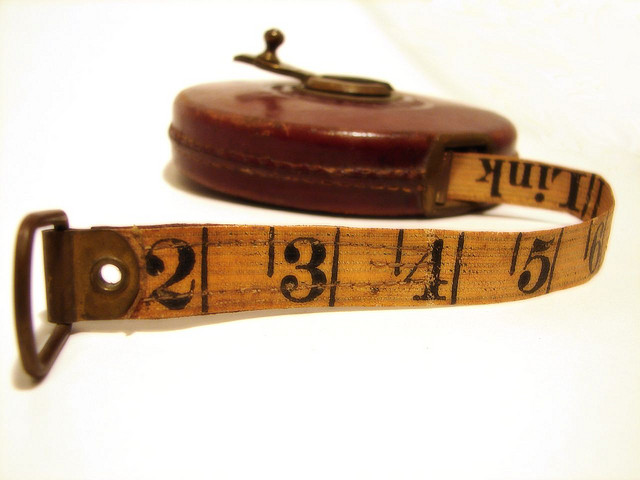 A cup of flour, half a stick of butter, two tablespoons of sugar …

Every part of life seems to have them. From cooking, to business, to home improvement.

I’m a planner. This means I’m in the business of the research behind communications campaigns. When I talk to clients there is the inevitable question: “How are we going to measure success?”  To which I almost always answer, “Define for me what you think success looks like and I’ll tell you.”

The answers vary. Some see success as getting the right headline in the right publication. Others talk about changing people’s opinions about certain things. Others about generating business and increasing sales. Some even suggest that “no news” is indeed the “best news.”

What is success? And once defined, can that be measured?

People ask that a lot.  And it is more difficult than you think.  Take the matter of education.

Recently I came across two articles in the same issue of the New York Times.  One dealt with primary and secondary schools and the debate over something called the Common Core.  These proposed “standards” (a word that is inherently dependent on the concept of “measurement”) have been so controversial that they’ve united both far left and far right in opposition.  A second, was about President Obama’s suggestion that colleges and universities be “measured” for their success.  Not surprisingly, college administrators were aghast.

Education.  Why can’t we measure it? We measure everything else. What makes education so special?

One the one hand it is pretty simple. At the end of the day, can the person read, write, calculate, reason, think?  If they can’t, then they haven’t gotten an education. They might have gone to school and gotten a lot of other things – a good experience, healthy relationships, perhaps even a healthier, stronger body; but they haven’t gotten an education.

On the other hand there are those who say that simply relying on how well a student does in the “three Rs” is too narrow an interpretation of the idea of “education.” That all that other stuff matters too.  It is just harder to measure.

The dilemma in measuring education is that you end up having to measure people.  And that’s not easy.

Unlike cooking, construction, and accounting, measuring things that are inherently human are, as we see, controversial. Why?  Because while measures of human characteristics can suggest things – they can be indicators – they always fall short of what it really means to be a human being. Things you can measure are part, but only part, of the human recipe.

People are more than numbers.  But, that doesn’t mean that numbers don’t mean anything.

We often associate poverty with unhappiness. But, I know poor people who are exceedingly happy.

We often associate illness with misery. But, I know ill people who are joyous and upbeat.

We often associate illiteracy with being stupid. But, I know of people who aren’t very articulate or book smart and are quite wise.

None of this means that things like poverty, illness, and illiteracy – all things you can measure -don’t matter. They do. They matter a lot, actually. It is just that we’re more than that.

How do you measure faith, hope and love? Because those are the things that make us human.

It is the immeasurable that is the most meaningful.