[NOTE … this post is about phones and one of my clients is Research In Motion, the maker of the BlackBerry.  This post represents my thoughts, not anyone else’s.  If anyone agrees with this it was simply dumb luck.  I never consult, advise, or otherwise communicate with any of my clients about this or any other JuiceBar post past, present or future.  And sadly, no one pays me to do this.  Just me doing my thing.  Now that I’ve made the FTC happy …]

Quick.  How many recent rivalries can you think of? 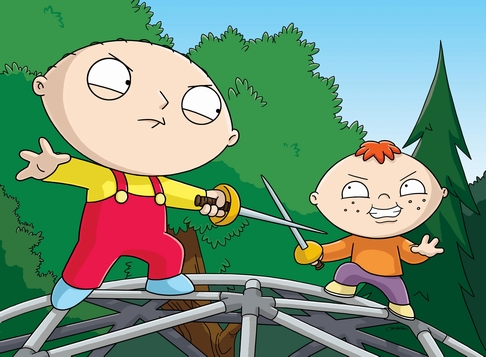 Let’s check.  In entertainment there was Leno and O’Brien dust up.  In politics we recently had Cheny vs. Biden.  And in business there are those great Apple vs. Microsoft ads.  I’m a Mac!  I’m a PC!

This is no Coke vs. Pepsi or Starbuck vs. Dunkin Donuts.

First there was the piece in the NYTimes about how much Google CEO Schmidt and Apple CEO Jobs hate each other.  That included reports that Jobs believes Google is the devil incarnate.

The iPhone vision of the mobile Internet’s future omits controversy, sex, and freedom, but includes strict limits on who can know what and who can say what. It’s a sterile Disney-fied walled garden surrounded by sharp-toothed lawyers. The people who create the apps serve at the landlord’s pleasure and fear his anger.

My my.  Tell me how you really feel.

That’s a lot of hating.

It makes the Israeli-Palestinian discourse sound civil.  At least the Irish can hate each other based on centuries of history and theology.  While you may think both are assholes, at least Olberman and O’Reilly hate each other based in part on some basis in public policy and the role of government.  Even Kill Bill Uma Thurman’s hate — while excessive — had a legitimate source (torture).

But all this this vitriol?

It is about a freaking phone.  That’s right guys (and gals) … a phone.  Does phone technology merit us to rise (or sink) to the emotion of hate?  Killing?  It can’t be about the money because as best I can tell all these guys (and they are guys!) are filthy rich.

So what gives?  I suspect it is egos and marketing.

I’d note that the dictionary defines ‘bray‘ as to ‘make a loud, harsh, disagreeable sound.’

Hard to say “I hate you” and not have sound like … a bray.