I have one of these.  A misspent youth, that is.  A lot of us would confess to one and that’s ok.  Too late to reconstruct, excuse or otherwise rehabilitate it.

The more pressing question is whether we are ‘misspending’ the youth of today?

This goes beyond the fact that my three children are all twentysomethings.  But they’re having the same struggles that millions of other young people are facing today – finding their way amidst a severe economic crisis, a tectonic demographic shift, sclerotic government, and a fiscal calamity that would make Old Mother Hubbard’s dog feel fortunate. 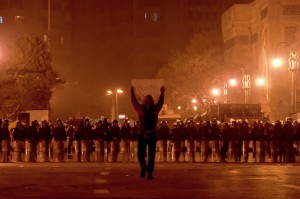 Our youth are our future.  A trite saying but nonetheless a tautology of the first order.  They are what the world will be.  And they’re not feeling that great.  Tamar Lewin of the New York Times writes about stress levels of college students being at an all time high while an annual survey of college freshman suggests the emotional health of our nation’s youth is at an all time low.  According to the survey:

Campus counselors say the survey results are the latest evidence of what they see every day in their offices — students who are depressed, under stress and using psychiatric medication, prescribed even before they came to college.  The economy has only added to the stress, not just because of financial pressures on their parents but also because the students are worried about their own college debt and job prospects when they graduate.

The anxiety isn’t confined to Americans.  In another New York Times piece, Martin Fackler writes about the plight of Japan’s youth.  They are the next generation who have grown up in ‘the lost decade’.  They don’t see much light at the end of that tunnel.

“There is a feeling among young generations that no matter how hard we try, we can’t get ahead,” said Shigeyuki Jo, 36, co-author of “The Truth of Generational Inequalities.” “Every avenue seems to be blocked, like we’re butting our heads against a wall.”  An aging population is clogging the nation’s economy with the vested interests of older generations, young people and social experts warn, making an already hierarchical society even more rigid and conservative. The result is that Japan is holding back and marginalizing its youth at a time when it actually needs them to help create the new products, companies and industries that a mature economy requires to grow.

This is a global phenomenon.

Look around.  Tunisia.  Egypt.  Around the world we’ve been short-changing the next generation.  We — the boomers and Xers — have made a lot of bad decisions.  The next generation is figuring it out.

We can still change but time is running short.

And whatever changes we refuse to make, our young people will make for us.