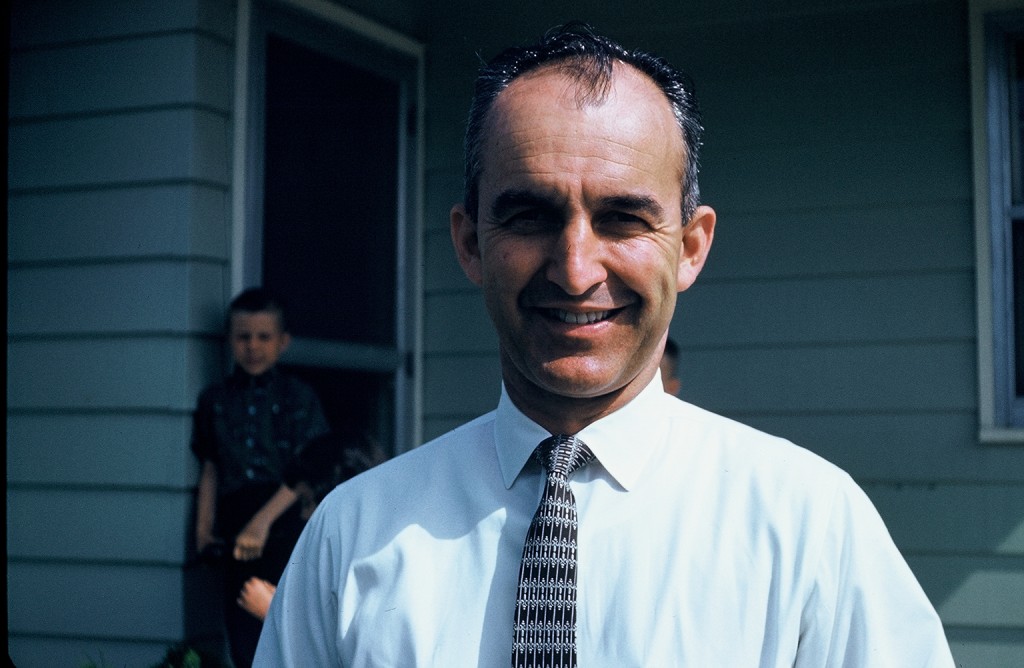 A story about my father on Father’s Day.

I was seventeen and wanted to buy a Fender Rhodes electric piano.  One problem.  I didn’t have the cash to buy it outright.  And since I wasn’t eighteen I’d need Dad to sign the papers so I could finance the purchase.

Know this.  I was a hard worker.  The day I turned 15 I started working as a stock boy in the linen department of the Maison Blanche just up the road from East Jefferson High School.  I took other jobs too.  Worked at a health club out at the lake front.  Worked as a greenskeeper at City Park Golf couse.  I was no slouch.  I was a hard worker.  At least I felt I was.

I remember making my case.  I forget whether it was at home or in the car.  That was where my Dad and I had a lot of our best conversations – either in the den of our house with Dad on the LazyBoy and me on the rattan couch or the two of us sitting (unbuckled) on the felt bench seat of a Ford Fairlane.

I laid it all out.  I had nearly one hundred dollars, good for well over twenty percent of the purchase price.  How I’d save money over the coming months and make the monthly payment.  How I’d finance the ongoing expenses.  How I’d save for this and spend for that.

I was thorough.  I was confident.  I had it all figured out.

Did I really think that spending all this for an electric piano was the best thing I could do with the money?  Were there any other alternatives?  Would I actually follow up and dedicate time to playing the piano and making it all pay off?  Did I really think there was any future or benefit in playing in a band?  Would I devote time and energy to make it successful?  And if I thought I could, how was I going to do that and still work, be a member of umpteen social organizations, stay on the high school golf team and meet the other obligations that I already was having a hard time meeting?

As usual, Dad was cutting to the heart of issues I was ill prepared for.

And the more Dad pushed, prodded and probed the more testy I became.  Finally, there seemed to be nothing left of the logic or practicality of my plan.  My beloved Fender Rhodes was quickly becoming an empty, silly, foolish exercise.  So I blurted out:

Dad smiled.  Dad smiled a grin that at the same time expressed both admiration and pity.

I could tell that he was delighted by my drive and independence.  But I also knew from his face that he was disappointed that I was missing something very fundamental.  There was something I wasn’t getting.  Something very basic that Dad had hoped I would understand, but I didn’t.

Then he smiled at me and said in a very deliberate but kind and loving tone.

“Son, let me explain something to you.  It is all my money.

I’m not saying that to make you feel bad, or to make me feel good.  It is just the way it is.

You may think that you’d be paying for this.  That’s not quite right.  Whatever you spend, your Mom and I have to make up for somewhere else.  Whatever you spend on this is money that you don’t spend on something else … car insurance, school expenses, clothes … the list can get pretty long.

Now I want to help.   I admire that you want to work and earn and save money to make it happen.  But don’t ever think that when you spend money on something like this it isn’t costing other people money.  It is.  It always does.

One of the biggest mistakes is to think you are independent, that what you do doesn’t affect someone else.  It does.  Especially when it comes to family, time and money.  Because what you spend in one place, is something that you don’t spend in another place.  It’s all one.

Of course Dad was right.  I wasn’t close to being self-sufficient.  And our family wasn’t wealthy.  I was a young, dependent child with the fantasy of making one transaction “independent” of everything else.  It doesn’t work that way.

My Dad’s line – it is ALL my money – taught me a lot about life.  It was a recognition that things are always more linked and related than people think.  People imagine being able to isolate or compartmentalize themselves and their actions.  Being “ownable” only to themselves.  It doesn’t work that way.  One action almost always impacts or influences something else.

Dad had the same view about family and faith.

Family is recognizing that everything you do affects the family members around you.  Everything.

And faith means that every day is a gift not a right; every action, a blessing not an achievement.

One Response to “Dad”