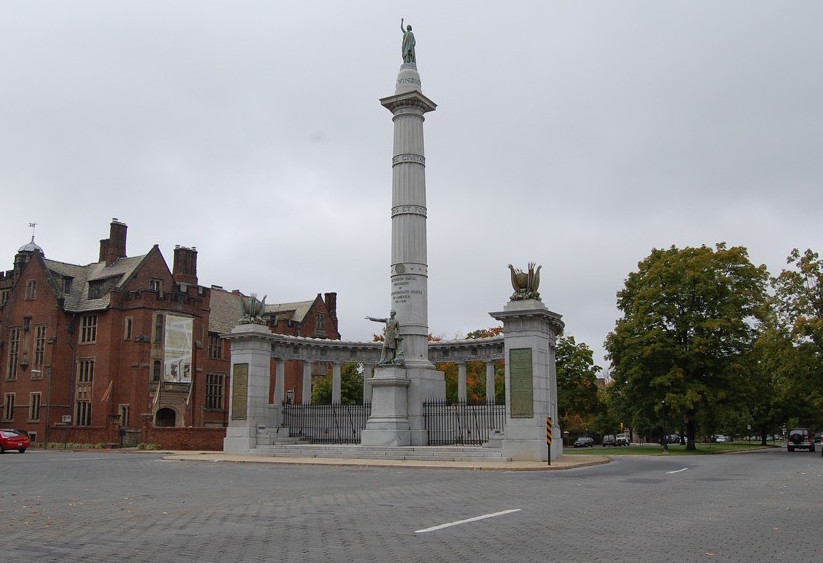 There’s a lot of talk about statues these days. Actually, a lot more than just talk. And even the “talk” is a euphemism. Not a good time to be a statue.

While Andrew Jackson and the founding fathers have been the source of some of the grumbling most attention has been given to Confederate statues.

Both views are correct. This is exactly why so many communities are deciding to rid themselves of them!

A recent news report about yet another confederate statue being taken down provides a clue. In what was otherwise a piece on protesters, police and community groups there was a seemingly random “throwaway” line that, from a historical perspective, made all the difference.   It was this:

Usually, statues and commemorations are made either contemporaneously or immediately after a hero’s demise. We were busy naming buildings and airports after President Ronald Reagan while he was still living. Why erect a Lee statue more than a generation after his death?

James Loewen – who both in appearance in whose voice is eerily similar to Bernie Sanders – wrote a book, “Lies My Teacher Told Me: Everything that You American History Textbook Got Wrong.” Loewen was a sociologist who became interested in historical landmarks. He found that “historical markers” – including statues – were less about accurately recording history and more about the motivation of interested parties to leave a marker or message for current and future generations on how to interpret that history.

His recurring admonition was, if you want to understand the meaning of a statue – particularly a Confederate statue – don’t look at what it is or what it says, focus on when it was erected.

The fact is that up until post-Reconstruction, most civil war monuments were in remembrance of the fallen. The Civil War was and remains the bloodiest in American history. Rough estimates are that it claimed somewhere between 610,000 to 750,000 lives. Monuments and markers honored the dead.

But ten years after the Civil War the United States and its northern Republican reformers began to tire from the pains of reconstruction. And by the end of the 1870s and with the election of Rutherford B. Hayes, whites clawed back to power and quickly implemented a range of laws crippling the 15th amendment – everything from the infamous “grandfather clause” in Louisiana to poll taxes and literacy tests. Between that, intimidation, and outright violence and lynching, white supremacists regained government control.

They, in turn, engaged in a well-organized effort to recast the Civil War as that of a “lost cause” pursued by noble, honorable, and well-intentioned men of the South. They also wanted to remind the negro – that was the nicest word used back then – who was in charge. In addition to rewriting history, another motivating factor was intimidation and domination. That campaign included monuments that blanketed the South from 1890 to 1920, all with the help of Ku Klux Klan and associated organizations such as the United Daughters of the Confederacy.

The goal of these statues was to remind both radical Republicans and freed African American slaves that segregation would not only continue in the South but would be celebrated as worthy and noble. As Wiley M. Nash noted at the erection of a Confederate statue in 1908:

Like the watch fires kindled along the coast of Greece that leaped in ruddy joy to tell that Troy had fallen, so these Confederate monuments, these sacred memorials, tell in silent but potent language, that the white people of the South shall rule and govern the Southern states forever.

The historical record is abundantly clear. These statues weren’t just about remembering history. They were about reinterpreting and ensuring a particular view or version of history – that of white supremacy – would be remembered in the future.

I grew up with these monuments as a boy in New Orleans. The Robert E. Lee statue was erected in 1880. “Lee Circle” – the site of the Robert E. Lee statue erected in 1880 – was notable for its prominence as the main thoroughfare from the Central Business District to the Lower Garden District and a central stop for the city’s famous streetcars. No matter that General Lee had never visited the city of New Orleans!

New Orleans Mayor Landrieu took down the monument at Lee Circle. In his speech – which I recommend everyone read – he noted that:

“The historic record is clear, the Robert E. Lee, Jefferson Davis, and P.G.T. Beauregard statues were not erected just to honor these men, but as part of the movement which became known as The Cult of the Lost Cause. This ‘cult’ had one goal — through monuments and through other means — to rewrite history to hide the truth, which is that the Confederacy was on the wrong side of humanity.”

Mayor Landrieu also repeated the oft-quoted claim by confederate vice-president Alexander Stephens, who compared to Jefferson Davis, was a “moderate” on issues of slavery and race. Stephens noted that the Confederacy’s:

“cornerstone rests upon the great truth, that the negro is not equal to the white man; that slavery — subordination to the superior race — is his natural and normal condition. This, our new government, is the first, in the history of the world, based upon this great physical, philosophical, and moral truth.”

Yes! But it is not the taking down of the history of the Civil War. That history remains and is well preserved if you visit Gettysburg, Antietam, or Manassas.

The history that is being taken down is that which happened a generation after the Civil War. The history that protesters are refusing to celebrate is that of a successful post-reconstruction effort to make acceptable – even honorable – a racist and segregated society long after emancipation and equal protection were American law.

“Along Monument Avenue” by barxtux is licensed under CC BY-NC-SA 2.0