Recently I was asked to provide thought and commentary on President Obama’s first one hundred days in office.  The discussion takes place in Boston at an advisory board meeting this Friday.

I thought I’d use the Juice Bar as a handy note pad to jot down thoughts and float some trial balloons.

Let’s start with the unusual.  Typically people do that last.  You know … tell a joke, set the stage, identify the commonalities, cite historical precedent, and then wind it all up with a handful of pithy observations and quotable quotes that are supposed to get people to say “hmm … never looked at it that way …”  (Or if you’re the cynical sort (like me) the close often seems to be trying to get people to say “damn … that’s one smart guy!” … but I digress)

So for this first foray, let’s discard all the presentation foreplay and do what my friend Bink Garrison suggests and “start backwards.”

Let’s start with questions …  questions that have been nagging me ever since I was given this assignment … and questions that suggest a conclusion or two about what is making the Obama presidency different. 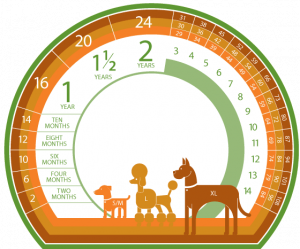 Where did the time go?

As I said, the topic suggested for this panel is “Obama’s First One Hundred Days.”  Notice something odd about that?

Yup.  You’re right!  President Obama is not close to being in office one hundred days.  I haven’t had the time to figure out when his “One Hundred Day” mark will be — but my guess is that it is sometime around Easter (BTW, Happy Mardi Gras!).

So why start talking now — in the dead of winter — about something that is not going to take place until Easter?  Is this advisory board of mine a bit goofy?  Not really.  Seems there are a lot of other people interested in discussing this topic well in advance of its actual occurrence.

Google “Obama’s First One Hundred Days” and you get nearly 71 million results (all in .23 seconds!).   For a guy that has been in office just a little over a month, President Obama already seems to many as comfortable as an old pair of jeans … so much so that folks are already writing the obituary of his first 100 days right after his first news conference.

Maybe it was the Democratic primary that wouldn’t die.

Maybe it is the effect of watching the nation’s economy and your personal wealth slowly but inexorably melt away.

Maybe it is the ubiquitous and inescapable media that takes any event and expands, extends, and makes a five second event last for five days.

But the Obama presidency already seems like dog years — every day in real time seems like seven days to us normal humans.

One Response to “Assessing Brand Obama: The “Dog Year” Presidency”