The price of citizenship 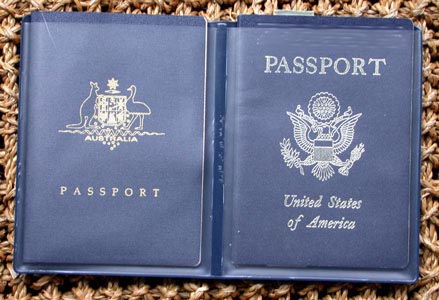 After 30 years of living in the United States, my wife is becoming an American citizen.  I’m excited.  More importantly, she is  excited.  She loves the land in which she was born (Holland).  And while she is proud of her Dutch family (and visits them often!), she has raised three children here and has worked as a caterer, teacher, and social worker helping American families.

A hard decision.  But she wants to be able to vote.  And she believes in both the idea and people of America.

Now I read the co-founder of Facebook recently renounced his U.S. citizenship to become a citizen of Singapore.  Originally from Brazil, he’s lived in Singapore all of that last three years.  Why is he trading U.S. citizenship for Singapore?  Taxes, I’m told.  He didn’t want to pay them.

Money.  I understand Eduardo Savarin is changing his citizen because we wants to save some money.  It isn’t because he is poor (he parents were wealthy Brazilians who moved to Miami for security reasons).  He is not only wealthy, he is obscenely wealthy.  And in Singapore, he won’t have to share any of it!  Oh, and there’s a bonus.  He’ll be able to enjoy cheap domestic help since Singapore has no minimum wage.

I hope this guy really like Singapore.  I hear it is a very exciting place.

But don’t bring Juicy Fruit.  I understand that they don’t like chewing gum.  They also seem to have a fetish for caning.  They do it for all sorts of things.  Including immigration violations!  They are also a big fan of executing people.  They are not fans of jury trials by your peers.  Got rid of that in 1970.  Too messy and inconvenient, I guess.  I read on Wikipedia that:

“Amnesty International has said that some legal provisions conflict with the right to be presumed innocent until proven guilty, and that Singapore has ‘possibly the highest execution rate in the world relative to its population’.”

One thing everyone agrees on is this:  Singapore loves money.  I’m reading in Wikipedia that “the Singaporean economy is known as one of the freest,[62] most innovative,[63] most competitive,[64] and most business-friendly.  The entry goes on to say:

“Singapore has the world’s highest percentage of millionaire households, with 15.5 percent of all households owning at least one million US dollars.[94] Despite its relative economic success, Singapore does not have a minimum wage, believing that it would lower its competitiveness. It also has one of the highest income inequality levels among developed countries, coming in just behind Hong Kong and in front of the United States.[95][96]

It is a democracy.  But one of those where the same party has won every election since independence in 1959.

Don’t get me wrong.  I’m sure Singapore is a lovely place with wonderful people.

My wife is changing her citizenship based on family, service, and ideals.  That is America.

Savarin is changing citizenship based on money.  That seems to be Singapore.

I think they both made a decision fit for each other.