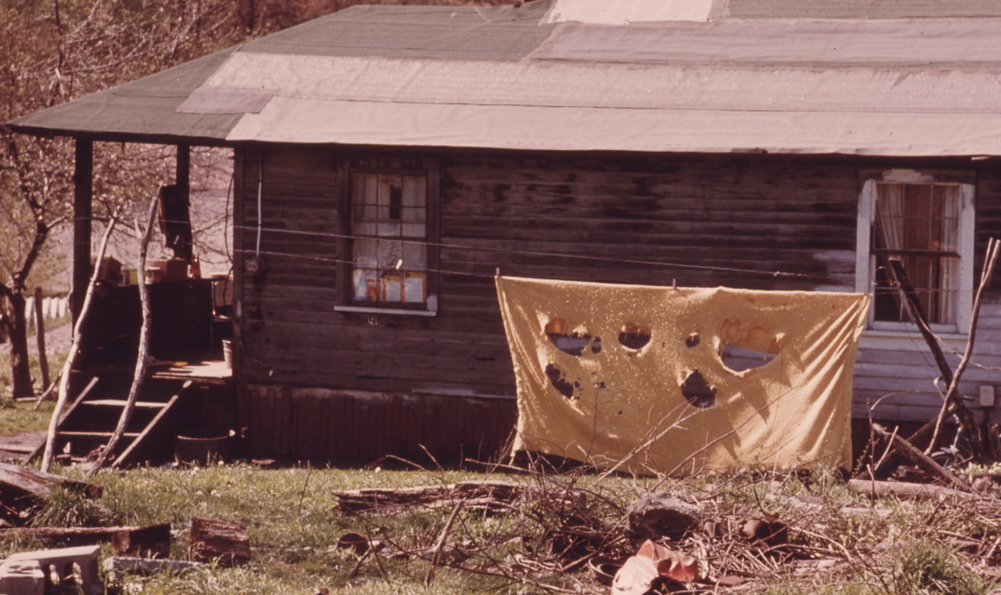 They are easy to make fun of.

The women’s hair is a bit too big, their necklines a bit too low.  Men sport facial hair and at least one article of clothing is “camouflage.”  Men’s shirts usually don’t have sleeves.  Faces and hands reflect a hard scrabble living.  Cigarettes and obesity are hard to avoid.  A good percentage of the houses are “manufactured” – that is, mobile homes sitting on cinder blocks.  Many are abandoned.  Cars, or various parts of cars, dot the front lawns.  A lot of lawns need  mowing.

But then you meet and work with the people you see something very, very different.

You realize that a lot of us “sophisticated big city and affluent suburban” types could learn a lot from the people in Belle, West Virginia – this town just outside of Charleston south of the Dupont Chemical plant.  A place where the McDonald’s is open all night to accomodate the shift workers.

I spent a week there with a bunch of high school kids from churches across the country – Texas, California, Illinois.  They divided us into crews and we spent a week in a family’s home cleaning, painting, doing odd jobs.  We all learned some things.  How to rehang a gutter.  How to fix a roof.  How to build a deck.

But what we learned most was from the folks in Belle. 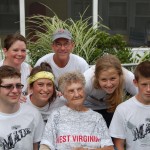 We learned that there are people out there who still know and care for their neighbors.  One of our crews was working with an elderly woman whose son was in the hospital with cancer.  He passed away that Tuesday morning, just the second day we were on the job.  Within hours there were dozens of neighbors descending on the house with food and condolences.  They stayed all day.  As one person said with a smile, “we take of each other here in Belle.”

How many of us in our comfortable suburban neighborhoods could say that?

We learned that there are people who keep their word.  Our crew was assigned to the house of “Miss Ginny”.  We were struggling with a gutter installation that was part of our work assignment.  The pitch on the roof was too steep (at least for us) and ladders too unstable.  On our last day in Belle, I saw a handful of men, the oldest well into his sixties, in the neighborhood fixing the roof on a small house down the block.  I asked if he’d come down and look at the project. He did.  “How much?”  I asked.  “Fifty dollars cash.” He replied matter-of-factly.  I handed him seventy-five dollars and never saw him again.  A week later I got a thank you note from our resident, Miss Ginny.  “The gutters look beautiful,” she wrote.

I wonder if I could have relied on a random contractor in our community to do the same.

We learned that there are people who are grateful for even the smallest of things.  We worked the entire week at Miss Ginny’s house, often in blistering heat.  Miss Ginny always sat with us in the shade on the carport.  She was hard of hearing, a cancer survivor, and suffered from lupus.  But she was there every day.  She’d be the first to hold the ladder when someone was up caulking or painting.  She’d bring us home made brownies and store bought Cheetos.  She had water in the fridge.  Her small frame home was dark and simple but she made it our own and never complained about the sweat, sawdust, and grass that I’m sure we tracked in and out.  She was all alone.  Her husband died seven years ago.  The two boys were far away.  She lived off social security.  Not a hint of any modern technology – no cable, no computer.  Her health was failing.

But never a complaint.  Indeed, I’ve never heard anyone say thank you as much as Miss Ginny.  “You guys are doing a great job!” she said repeatedly (even though our work was very amateur hour).  “Thank you so much!” came at least once an hour.  Miss Ginny constantly reminded us that she felt very blessed and thanked the Lord every day for all the good things in her life.  She didn’t have much, but was always joyful for what she had.

And I thought to myself how often I complain about even the small things that go wrong in life.

Yup.  We all learned a lot from the folks in Belle, West Virginia.

Get past the surface appearances, the stereotypes and the things that – at the end of the day – really don’t matter that much- and you see people that we all would do good to aspire to.