Why Economics Remains a Dismal Science

It has been awhile. I’ve been on “vacation”. A Dutch / American reunion of sorts.

But now I’m back and on the road again which means I read USAToday.

I find the USAToday puzzles page (last inside pages of the Life Section) ideal for take offs and landings since they don’t have an on or off switch. That is, the flight attendants aren’t pestering me about turning off the games on my BlackBerry … and USAToday has puzzles that I can actually do (as opposed to the impossible and oftentimes insipid crosswords by Will Short in the NYTimes). 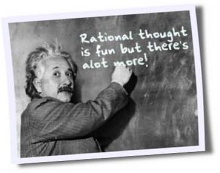 So as I pulled out Tuesday’s USAToday on a flight home from Boston my eyes rested on a feature story on billionaire George Soros and the promotion of his book. Seems that George is hawking something called “reflexivity.” The relevant summary of Soros’ theory of reflexivity from the USAToday piece goes something like this …

Classic free market theory holds that everyone in an economy acts rationally, based on complete information while seeking to maximize their individual welfare or profits … To Soros, the conventional approach is rubbish. Instead of a world of near-identical actors, coolly assessing their economic interests and acting with clear-eyed precision, he sees a world (and markets) governed by passion, bias and self-reinforcing errors. Because fallible human beings are both involved in, and trying to make sense of, this world, they inevitably make mistakes. … Standard economic theory is flawed, Soros says, because it treats markets populated by thinking human beings as if they operated according to the natural laws that govern atoms and molecules.

Not surprisingly, those economists entrenched in classic rational economic theory don’t view kindly on reflexivity. According to USAToday’s David Lynch:

Critics of reflexivity, especially among the economists Soros disparages, have been brutal. A reviewer of one of his earlier books savaged his “windy amateur philosophy” and attacked him for being unfamiliar with basic economics … “It is difficult to conceive of a more mistaken understanding of the profession’s research in the last 10-15 years. … The great danger of the (earlier) book is that non-economists will take seriously his ill-founded criticism of economic research,” wrote economist Christopher Neely of the Federal Reserve Bank of St. Louis.

The Juice Bar has devoted several posts to the very obvious observation that people — including me — are NOT rational. The most recent was back in February coinciding with the release of Dan Airley’s book, Predictably Irrational.

So I’m naturally inclined to be open to this “ill-founded” reflexivity theory since it appears to track with reality over theory.

Then I think to myself …

Who ya gonna believe?

Not surprisingly, if I had to choose on who I’d want managing my money, I think I’ll go with Soros over Governor Neely of the Federal Reserve.  That is, I’ll go with someone who recognizes that people are emotional, non-linear, and, yes, irrational beings.

And this is why economics remains a dismal science.  Because it continues to refuse to accept the emotional and wacky things that make us all human.

Now … on to the sudoku page.