What the heck am I talking about?

It is the audacious certainty with which people predict the future. 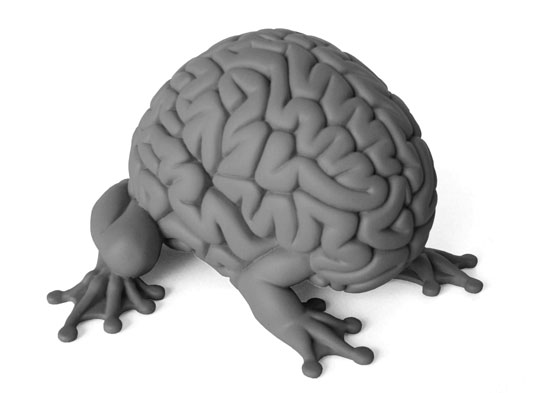 And I’m not talking the simple stuff.  Things like, “if you don’t brush your teeth will rot.”  Or, “if you constantly lie eventually people won’t trust you.”  Or, “if you’re disciplined and sacrifice today you can reap the benefits tomorrow.”  That is the simple stuff … the natural and predictable consequences to simple actions.

No, I’m talking about situations that are hopelessly complex, that have multivariate and fast changing events, that computers the size of Big Blue could never figure out.

But here we are with our little 3 lb brains and not only have we figured it all out (and well into the next decade no less!) … but we do so with  absolute, unapologetic and unqualified certainty.

This is more than just the “half full vs. half empty” syndrome.    It is not a question of style, character, or even slant.  It is the ability of people to see the same data, the same information, the same images, the same facts and draw opposite conclusions with the certainty of the sun coming up tomorrow.

Welcome to the health care debate.

No wonder the media reports that the average American is confused.  The so-called ‘experts’ are not only disagreeing.  They are violently disagreeing with even more violent confidence and conviction.

In many ways the health care reform package is a lot like life.  It is hard to know what the future holds.

So what do you do?  You go back to those simple, historically proven, reliable things you can depend on.

Like brushing (and flossing!) so your teeth don’t rot.  And telling the truth so you can earn someone’s trust and confidence.  And working hard and sacrificing today so you and your family can benefit some day down the road.

As for the other stuff, it would be refreshing if someone said what everyone else has already figured out:

2 Responses to “Our certain future”